Pakistan's COVID-19 vaccination program was given a boost over the weekend as health officials announced progress in getting the population inoculated.

Islamabad announced on January 30 that it had secured 17 million doses of AstraZeneca's COVID-19 shot via the COVAX facility coordinated by the World Health Organization (WHO) to support lower-income countries in accessing vaccines.

About 6 million doses will arrive in the first quarter of 2021 and the remainder by the middle of the year, said Faisal Sultan, special assistant to the prime minister on national health services.

Starting next week Pakistan will use a vaccine made by the Chinese state-owned firm SinoPharm to launch a campaign to inoculate health-care workers, he said.

With reporting by news agencies 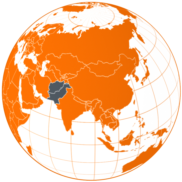